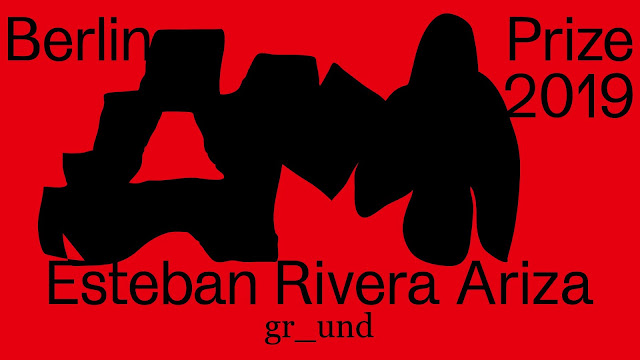 Esteban Rivera Ariza (b. 1981, Bogota, Colombia) works across various media to examine mortality and conservation as a cultural practice. In his films, he builds a palpable atmosphere through the use of architectural settings, most often spaces that are meant to preserve ideas. The pulsating soundtracks, reminiscent of heartbeats or a body inhaling and exhaling, intensify the foreboding mood.

For the Berlin Art Prize 2019, Rivera presents three existing films that form his “Steno Trilogy”: Wisdom Teeth (2017), Firmamentum Continuitas (2016), and Die Versteinerten (2015), as well as a new work created in collaboration with his seven-year-old son.

Each film in the trilogy addresses a different topic (geology, cosmology, cryonics) and is situated within architecture that is meant to preserve (library, museum, monument). At the same time, each of the films’ protagonists somehow seeks to outpace or outwit death. The final work of the exhibition, and Rivera’s most recent, is an installation including footage from a work-in-progress created by the artist, his son and his son‘s mother. Building upon Cryonics Institute member David Stodolsky’s mention of the Temple of the Vampire, Rivera sets out to reexamine the vampire as a means to understand death through a child’s perspective. Taken as a whole, Rivera’s works serve to question our obsession with cultural and personal preservation, asking to what lengths we are willing to go to escape death.

Viewers are also encouraged to visit Rivera’s exhibition at Exgirlfriend, which the artist considers the “B-side” to his work for the Berlin Art Prize. Here, Ariza exhibits some of the ephemera and personal archive which have inspired his films. 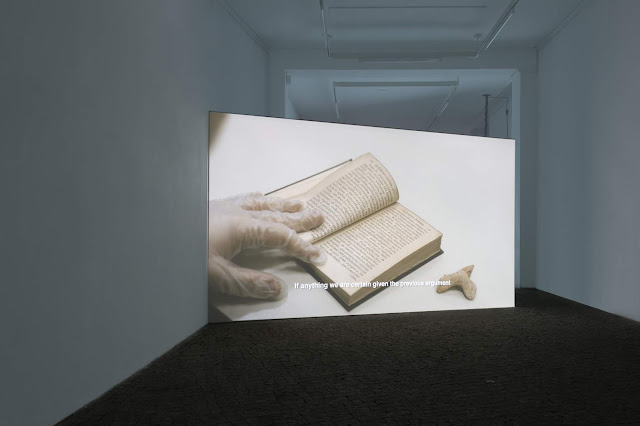 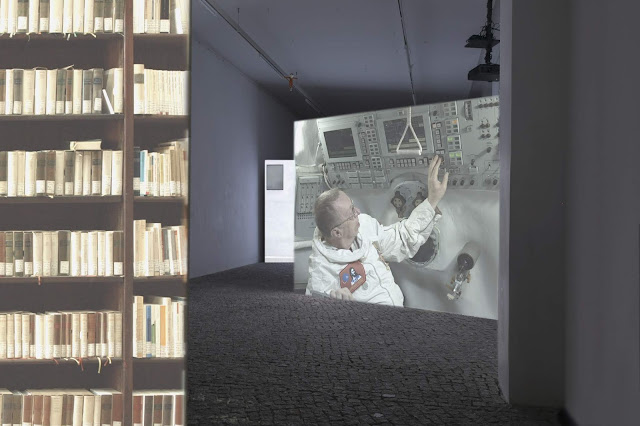 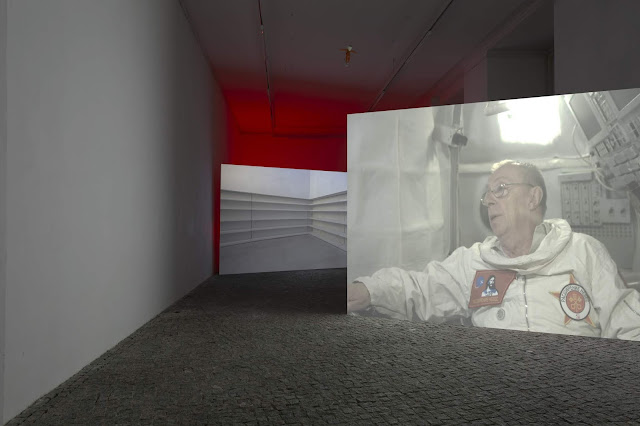 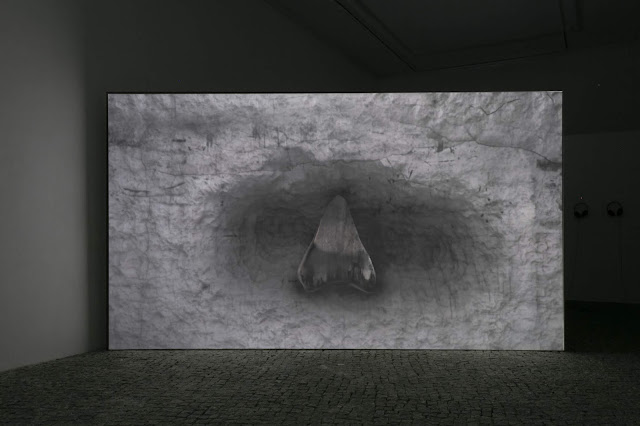 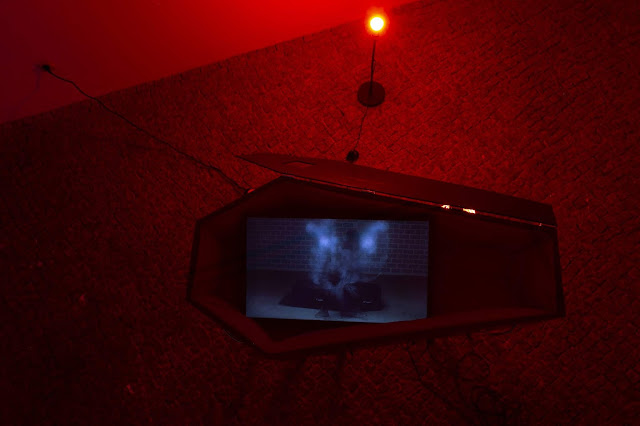 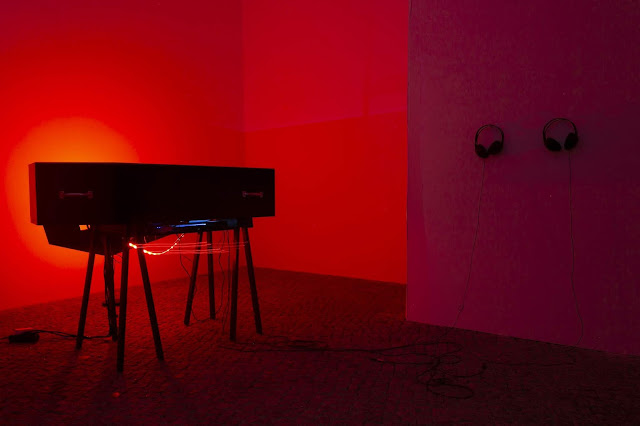