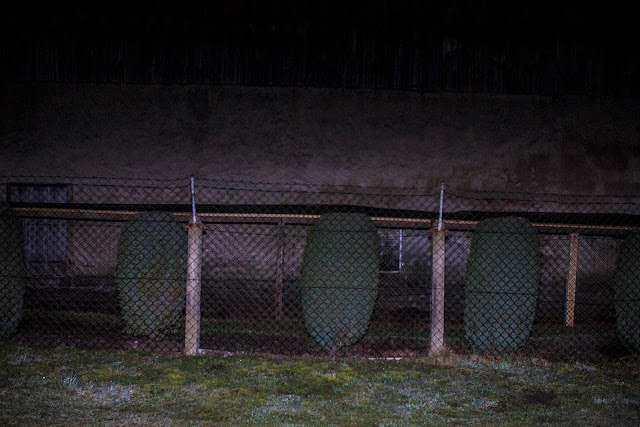 Bad signals. Disconnected memories. Pixelated images form into nightmares and lead us to explore the dark side of our unconscious. An invitation to bifurcations inside the unknown.
Why not take an alternative sightseeing tour to find the border of the end of Knowingness and transform that path into an irreplaceable sensory experience?
Rays of light illuminate distinct complementary perspectives along a spatial Bokeh. Transparency brings lives together like seasonal souvenirs, waiting to be brought to intimacy.

Jia-Jen Lin
http://jiajenlin.info/
Jia-Jen Lin creates images of the human body and its surroundings as a reflection of our psyche. Drawing from personal experience and observations, Lin uses sculpture integrated with photography, video, and performance to portray the ongoing negotiation between our latent desires and the manipulated realities in which we find ourselves. Hybrid cultures, shifting identities, and the relationships between our physicality and psychology are subjects Lin has investigated since 2004. Her recent projects explore humanity’s experience of displacement, self-consciousness and loss and how memories change with modified experience and new events.
Jia-Jen Lin is a Taiwanese artist based in New York. Lin attended National Taiwan Normal University for a BFA in Western Painting and received her MFA in sculpture, installation, and multimedia from the School of the Museum of Fine Arts, Boston. She has participated in artist residencies at International Studio & Curatorial Program, New York; L’Estruch, Spain; Water Mill Center, New York; Bemis Center for Contemporary Arts, Nebraska; and Perth Institute of Contemporary Arts. Exhibitions include Queens International 4, Queens Museum; Incheon Women Artists’ Biennale, South Korea; Young Artist Discovery, Art Taipei; and Manufractura, Hangar Art, Barcelona. She has received grants from Brooklyn Arts Council, Sculpture Space, Franconia Sculpture Park, National Culture and Arts Foundation of Taiwan, and Ministry of Culture of Taiwan.

Scott Sinclair
http://www.halftheory.com/
Scott Sinclair is an audiovisual artist working in sound, video, performance, and installation. Using a highly interdisciplinary approach, Scott creates brutalist and humorous collages of audiovisual media incorporating elements such as computer music, cracked video art, found objects, custom-made costumes, and improvised performance. His work is often concerned with the over-stimulation of these elements to bring about states of intensified noise delirium.
As a performer, Scott is known for his highly energetic and unpredictable performances which are often equal parts brutal avant-garde and equal parts low-brow trash. His concerts have found audiences on many tours in Europe, Australia, Japan, Russia, and North America. Scott currently performs in the audiovisual groups Botborg and The Superusers, and his solo noise-karaoke project Company Fuck.
He lives and works in Berlin, Germany.

Mikołaj Tkacz
https://www.facebook.com/zespolWSZYSTKO/
https://vimeo.com/nikolaitkacz
Mikołaj Tkacz born in 1991 in Poznań. For years he was focusing on drawing comics, but later he started making music and experimental films. In his works he is focusing mainly on exercising narration and telling about things using abstract means of expression and humor. Poetic of his early works is well described a comic book „Nobody’s Adventures” in which the viewer goes through the empty rooms by 40 pages. In last years Mikołaj focused on musical project EVERYTHING in which he is concentrating to put everything in fact.
Now he is working on rap album called „Pro-nothing” and he is ending recording dance album „I am dancing for myself”. Moreover, he is working now on a concept of his project in which he will be making „exhibitions by chance”.

Łukasz Trusewicz
https://trusewiczlukasz.wordpress.com/
B. 1984. He graduated from the faculty of Sculpture and Performing Art on University or Arts in Poznan. Combines his sculptural practice with ephemeral potential resulting from the experience of performance art. Interested in both the role of the group and the individual spectator in the process of shaping an artistic action or object and the issues of social reception of art. Author of the projects created with the involvement of local communities - sculptures, objects, performative installations, urban interventions. In performance activities he mostly analyses the specific contexts of a chosen space. He refers to its social and urban problems or to local potential of historical memory. The artist is also a creator of cultural and social projects. He’s originator of the initiative of the Open Zone of Culture in Poznan whose aim is to create a cultural - artistic district in the Łazarz neighborhood of Poznań using the local potential of the space and cooperation with other initiatives, and in addition the city dwellers and the authorities. Author of international social sculpture project - babelproject.eu. He is also the originator and one of the curators of the Raczej Gallery & Perfex in Poznań - which presents and promotes performance art through local and international contacts. Board president of the Open Zone of Culture Foundation.
Chosen artistic activities: Iamesh Ephemeral Art Meeting, Księgarnia/Wystawa, Cracow, Poland, 2016; Supermarket Independent Art Fair, Stockholm 2016; solo show, City Art Gallery in Kalisz, Kalisz 2015; PERFORMANCE FESTIVAL MALAMUT, Ostrava, Czech Republic, 2015; PERFO! , Haihara Art Centre , Tampere Finland 2015; performance Skål, Performance Art Links Stockholm , PALS Play Tag Part1, Stockholm Sweden 2015; Month of Performance Art Berlin, 2013-15, PAO Festival 2014, Oslo, Norwey 2014, Body Plasticity Live Art Exhibitio, Beijing, China 2014.

Barbara Gryka
https://vimeo.com/user46598732
Performance art team CHCE is founded by two female polish emerging artists. At July of 2016 Olga Dziubak and Barbara Gryka met each other in the apartment at Czerniakowska Street in Warsaw. Their friendship from high school and love for performance art is appeared. Using a thread is connected those two personalities in performance art. CHCE use new media, the aesthetics of pop culture and contemporary ways of communication. CHCE team wants to create something more than visual image. Artists are focused on critical view for communication tools and cameras in the contemporary society. Olga and Barbara mostly spend time together online. They talk about position of young artist in the art world and function of art institutions at these times. CHCE dreams of better prosper of artists in the society.
Olga Dziubak currently lives and works in Belfast, Northern Ireland. She graduated on MA in Multimedia Art in Art Academy in Szczecin and BA on Painting in University of Fine Arts in Poznan, Poland.
Barbara Gryka based Warsaw, Poland. She study on 2nd year on MA in New Media Art in Fine Arts Academy in Warsaw.
Performance program curated by Agnieszka Szablikowska of Raczej Gallery

Raczej Gallery
https://galeriaraczej.wordpress.com/
https://www.facebook.com/galeria.raczej
Raczej Gallery is an independent Gallery founded in 2011 in Poznan, Poland. From the beginning we’re focused on the promotion of the performance art. We mainly present the actions of young artists as well as renowned performers. Significant for us is to show the diversity of ephemeral arts. Within 6 year we presented about one hundred artists from all around the world, both in Poznan and abroad (as a part of international co-production projects.) We collaborated among others with Month of Performance Art in Berlin, Supermarket Independent Art Fairs in Stockholm, Performance Art Oslo, Performance Art Stockholm and a lot of other organizations. We organize performances, workshops, talks, festivals, concerts etc.
From 2014 Gallery have a new bigger space (Perfex) in Poznan and from 2016 has been developing its residency program by inviting artists to live in gallery’s new residency space and to create projects based on longer stays. Curators and founders of the Gallery (Agnieszka Szablikowska – Trusewicz & Łukasz Trusewicz) are also creators of ‘Open zone of the Culture” in Lazarus district in Poznan – an initiative focused on collaboration of different organizations in aim to create a cultural district.

Agnieszka Szablikowska - Trusewicz
Graduated from the Poznan University of Art (Specialty: Criticism and Art Promotion). She is a co-founder, coordinator and curator at the Raczej Gallery in Poznan. She also organized projects that resulted in Poznan new performance space – Perfex which is now a space of gallery Raczej events. Activities of Raczej Gallery are also connected to the local context with Artists in Residency program - invited artists live and create in urban areas of Łazarz district. She co-curated international projects as a part of Month of Performance Art 2014-2015 in Berlin, Performance Art Oslo Festival 2014, Performance Art Lin Stockholm in Fylkingen, Stockholm. She is one of the initiators and main coordinator of the Open Zone of Culture in Poznan as well the Vice President of the Open Zone of Culture Foundation. From 2015 she is involved in developing Pireus – Incubator of Culture in Poznan created as part of cross-sectoral cooperation, where currently she works as a coordinator of events.
She is interested in performance art especially in the context of public space and in revitalization through cultural activities especially created in collaboration with local communities.
https://www.facebook.com/galeria.raczej
https://www.facebook.com/otwarta.strefa
Project sponsored by the city of Poznan.